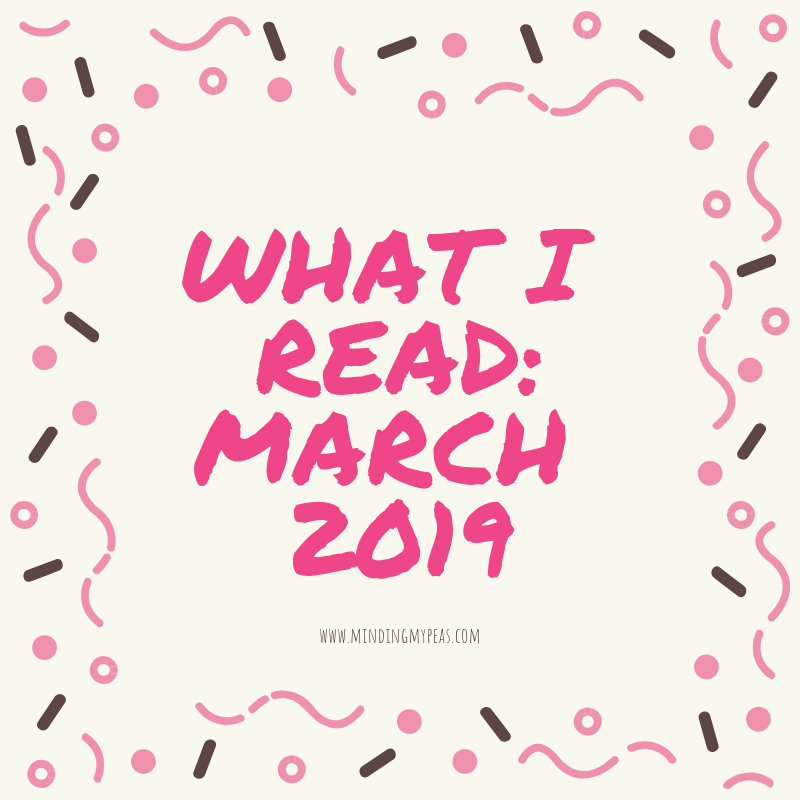 March wasn’t a bad reading month for me, all things considered. I managed to keep up, at least, and moved house at the same time, so we’re calling this a win. Now that we’re basically unpacked, I’m looking forward to getting good reading and writing habits re-established for myself again.

I read nine and a half books in March. Only calling the half, because I technically stopped reading one halfway through because I just wasn’t interested and didn’t have time for it. More on that later.

I had thought I might try to arrange the books in order of how much I liked them, but there were a lot that I really liked, but for very different reasons and in very different categories, so we’re back to chronological lists.

There you have it. I’m exciting about April reading–according to Goodreads, I’m currently reading 16 books, and we go to the library tomorrow. Send help. Haha, just kidding. Let me know if there’s anything I should add to my to-read! What are you reading this month?

4 Online Tools I Use to Organize our Homeschool