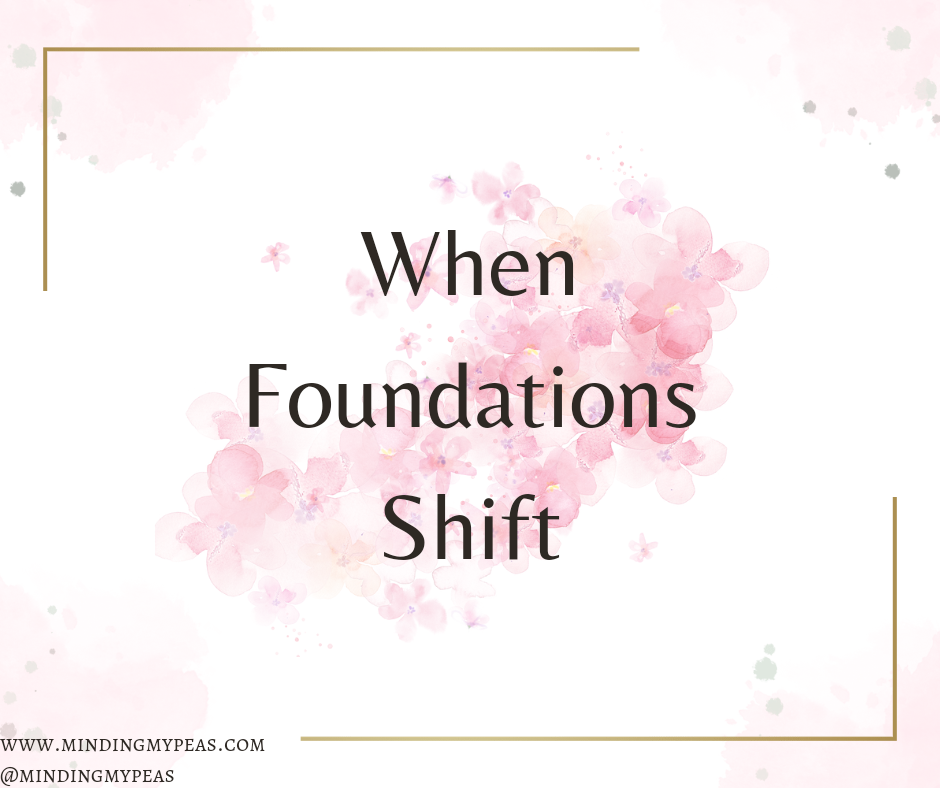 When the foundations shift

When Sieg was diagnosed with Type 1 Diabetes back in August of 2020, it felt like getting punched out in a fight we didn’t know we were in. One. Two. Aaaaand I’m down. I put my chin down and fists up and started trying to get back on my feet, but it was a struggle. It’s a whole other level of balancing act when your child’s health and well-being depends on your commitment. A lot of things fell by the wayside those first few months after diagnosis, but I’ve slowly worked at adding things back and while I wouldn’t say I ever got back to full power, I was making progress.

Then, Celiac. Another word. Another life change. Another day. Sieg’s routine screening for Celiac came back with positive antibodies after his endocrinologist appointment earlier this year. We didn’t know for sure if he had it for another 2.5 months, because nothing moves quickly in the medical world. The appointment with the GI doctor was scheduled 2 months out and so we just waited.

At the appointment, the doctor told me that it was very likely he had it, however we still needed to confirm with a full screening blood panel or endoscopy. We went with the blood panel, even though the doctor warned us that if it came back inconclusive an endoscopy might still be necessary. She was reasonably certain it would give us the confirmation we needed though. (Fun fact: thorough blood panels testing all antibody levels and the genetic marker for Celiac are used as a diagnostic in Europe, but here in the US, the preferred procedure is endoscopy)

Well, we had the blood draw. Sieg took it like the champ he is. Less than a week later, on my 30th birthday, no less, I got the call.

All of his antibody levels were very elevated, and the genetic marker was positive.

So now we’re learning to be gluten free. It has been a little over 2 full months, and I think we have finally started to see some improvement in his blood sugar numbers. He was not very symptomatic to begin with, so I’m a little anxious to know whether we’re gluten free enough or if he is still having issues, but there’s no easy way to find out until his next blood draw.

In some ways, I haven’t struggled with his Celiac diagnosis like I did after the Type 1. The winter after he was diagnosed I went through a very dark place, but things gradually improved. The Celiac diagnosis was less a sucker punch, more of a fall down a flight of stairs. It’s still a mental struggle not to take another tumble into that old morass of anxiety. It feels like it’s lurking sometimes, just waiting for me after a tough blood sugar night or when my mind is playing pinball with the many possibilities for gluten contamination.

My heart hurts for Sieg, even though he just rolls with it. He already knew to check with me about food, in case he needed a bolus, but now he asks me and anybody who offers him food, “Is this gwooten fweee?” I admire his resilience so much, but I hate that he has to have it. In true form, my sinful human heart kicks and screams at what the Lord has purposed for Sieg, and for us sometimes. But He makes no mistakes, and it’s all for our good and to His glory.

It’s challenging. And it keeps my need for the Lord constantly in my mind. It might not be what we would have chosen for ourselves, but it is life now.

We can’t go over, under or around it. We must go through it. Whatever mountains, swamps, or bad weather lies in the way.