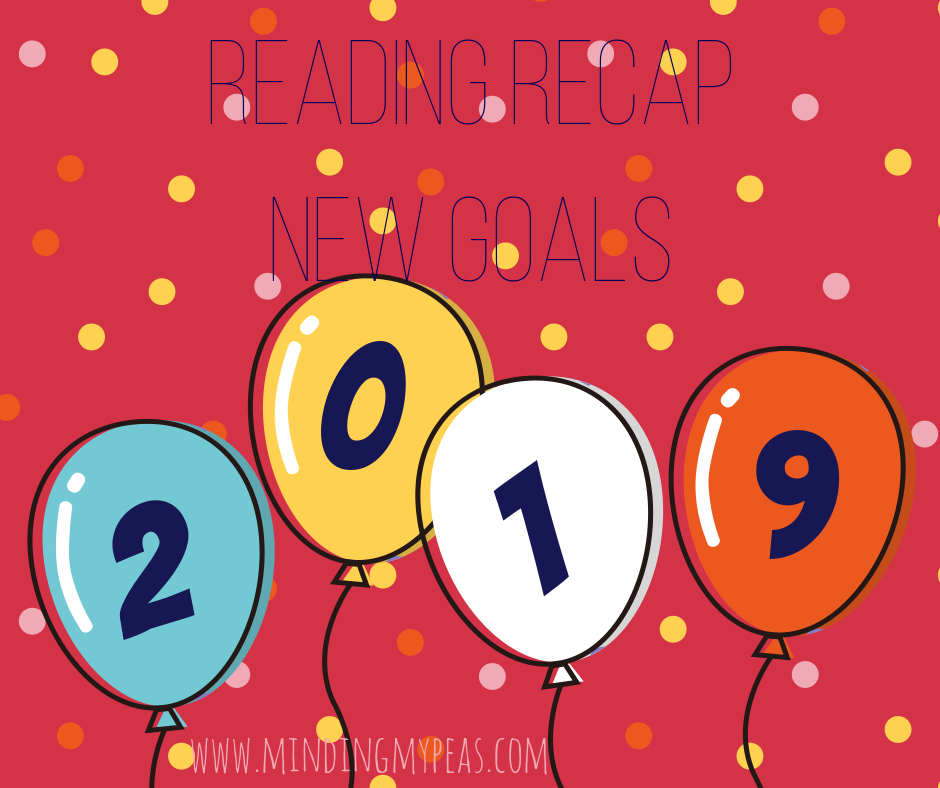 2018 was a tough year for my reading. I only read 105 books, even though last year I read 128 easily. Granted, I had a baby, started our first year of actual elementary school in our homeschool, and read hundreds of childrens picture books so there ARE excuses. Ultimately, they are just that though–excuses. My time on social media didn’t suffer nearly as much as my reading did (ahem, New Year Goal Numero Uno). Historically, though, I’m not doing too badly. The last year I had a baby (2016) my count was also down to 108, so maybe it’s just par for the course. In any case, 2019 will be better. Right? Of course, right!

For my reading goals this year I’m following an idea I gained in the Charlotte Mason Soiree group on Facebook, and choosing some books for myself based on specific subjects with the specific intent of furthering my own education. “Laying the Feast” for myself, so to speak. I’m trying to learn from last year (just for my own sense of self-accomplishment). I wound up being over ambitious in assigning multiple books for each subject I chose, so this year, I’m sticking with 1 or 2 that I really want to read in each of my subjects, and a focus on Learning/Education.

There are definitely not 120 books here, but I am sticking with the same number goal as last year. I like to read a lot of what appeals to me in a happy library browsing moment, and in spite of my best intentions, I don’t like to have my choice of the moment wrested from me even if it was my choice of an ambitious new year.

Anyways, without further ado, my subjects and book choices.

History: The Peloponnesian War by Thucyclides, translated by Robert Strassler; John Adams by David McCullough; The Bondage of the Will by Martin Luther; Then Sings My Soul by Robert Morgan

Shakespeare: King Lear, Othello, try to keep up with Shakespeare in a Year

Architecture: The Shingle Style and the Stick Style:Architectural Theory and Design from Downing to the Origins of Wright by Vincent Scully

Self- Improvement: The Gratitude Diaries by Janice Kaplan; I’d Rather Be Reading by Anne Bogel

Mathematics: The Art of the Infinite by Robert Kaplan; Everyday Calculus: Discovering the Hidden Math All Around Us by Oscar E. Fernandez; Advanced Math by John Saxon

Geography/Travel: Vagabonding With Kids by A. K. Turner;

So there it is. I don’t doubt that I’ve been too ambitious in some areas, but I like the challenge, even if I don’t succeed. I’m trying to guarantee my success by starting with books I already own and don’t have to track down from the library or read in a specific timeframe, so I think I’m starting with John Adams, Pickwick Papers, King Lear, The Bondage of the Will, The Silmarillion, Robert Frost, and Advanced Math. The pursuit of an unattainable goal is half the fun, right? Of course, right!

Okay, I’ll leave y’all alone with my bookish fantasies for the year. How about you? What books do you want to read this year?