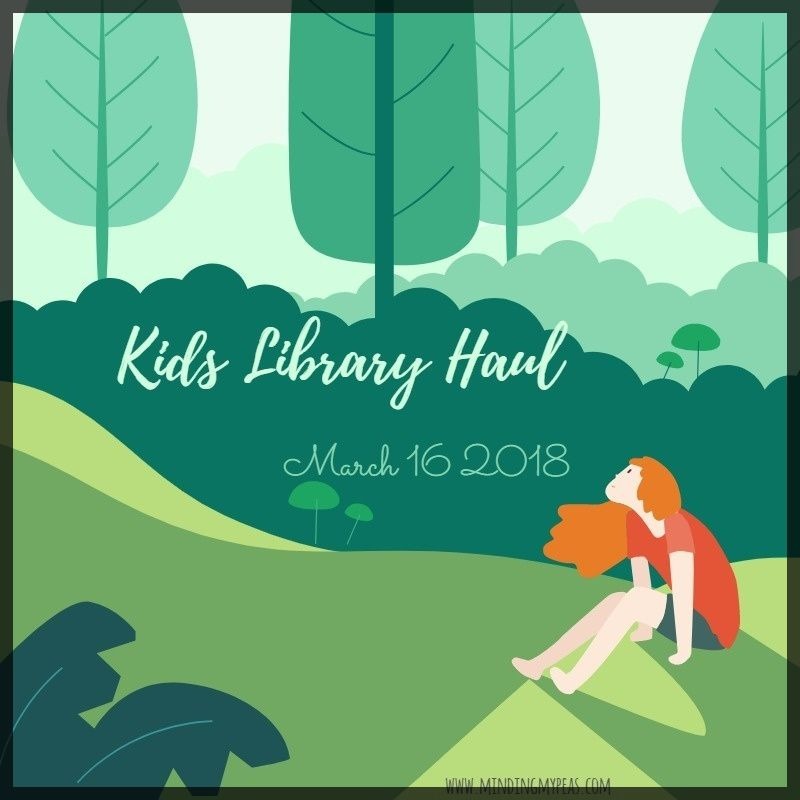 I’m back with the best of the kids library haul for the week!  Well, trying to be back anyways… There are so many wonderful children’s books out there!  I’ve benefitted from the wealth of book recommendations on Instagram and Pinterest, so I want to keep on sharing!  You can see some of my previous library haul posts here and here.  I’ll warn you, at this point they’re all quite old.  I fell off the bandwagon of posting and reviewing when we started school last year.  Can’t imagine why… 😉

Best of the Kids Library Haul

#1. The Lemon Sisters by  Andrea Cheng

This is an adorable story about sisters–old and young.  A lonely old lady watching three sisters play in the snow remembers the days playing with her sisters and making delicious lemon ice out of snow.  It’s her birthday and she suspects nobody has remembered her, but her day is going to be filled with surprises and new friendship.

This is just the sweetest story.  It made me tear up (although you should probably take that with a grain of salt, considering the pregnancy hormones I have going on here now).  My maiden name is Lemmon and I kind of REALLY want to buy this book for all my sisters.  Just because it’s a sweet story about sisters, called The Lemon Sisters. It is one of those books that is equally entertaining to adults and children, but for totally different reasons.  My kids loved it, and wanted to go scrape the last remnants of muddy snow off the ground to try to make lemon ice.  I told them they needed to wait for fresh snow.

This is a kid-friendly account of Grace Hopper’s life as one of the first famous female computer scientists.  She was born in 1906 and became one of the first programmers of the Harvard Mark 1 computer, and she developed one of the first compiling programs that allowed computers to be programmed using English words rather than just binary.

That achievement alone changed the face of programming, and she just kept working at it.  She was part of the Army Reserve from the 1940s until 1965 when she was forced to retire, but they called her back in 1967 and she continued to work until she was 80 years old.

New motto for kids: find a job that will intrigue you even if you work at it until you’re 80 years old.  What an amazing lifetime though–developing computers from the time when they were literally as big as entire rooms, and watching the technology improve within a specific field for decades.  It’s an incredible thing.

I love that there are so many wonderful picture book biographies for kids these days, and this is one of the great ones!

#3. I Am Amelia Earhart by Brad Meltzer

Yes, we’re really on a kick with the biographies.  There are just so many! This one is particularly fun if you read/enjoyed Calvin and Hobbes.  The illustrations remind me SO much of the Calvin and Hobbes Comic Strip.  I can’t help but love it.  And the kids really loved it too.

I am Amelia Earhart shares a lot of the “fun” details of her life, without going into her disappearance or death.  I’m not one to want to varnish the truth for my kids, but when it’s a fun children’s story that teaches a little history and reads like a comic book, it would just be weird to end it on the ‘she disappeared and nobody ever heard from her again’ note.

#4. A Bad Case of the Stripes by David Shannon

A Bad Case of the Stripes is an entertaining story about the danger of worrying what other people think of you.  Camilla Cream loves lima beans but she’s afraid of what the kids at school will think of her if she eats them.  When she doesn’t eat them, her whole world turns upside down and she develops a very unique skin condition: the Stripes!

Our librarian recommended it after she noticed we were checking out Pinkalicious (for the 400 billionth time) and she was right!  It was an instant hit in our house!

I’ll admit, part of my like for it is related to it not being Pinkalicious.  Another cute story, don’t misunderstand me, but somewhat less enamoring when you’re reading it for the umpteenth time.

#5. M is for Melody: A Musical Alphabet by Kathy-jo Wargin

This is a particularly pleasant jaunt through musical terms and the alphabet.  Each letter/term is accompanied by a rhyming verse and a more in depth educational paragraph.

We had a lot of fun going through and checking our musical knowledge, and it did double duty as an alphabet study for Klaus.  Klaus was disappointed that he didn’t see a didgeridoo parked in there with the wind instruments, which was an entertaining rabbit trail, but overall this one was a favorite!